Having set ambitious climate targets and drawn up sweeping plans to limit greenhouse gas emissions, both China and the European Union are staying on track to pursue sustainable development and thereby to shape a green future, which opens up new vistas for bilateral cooperation.

FRANKFURT, July 29 (Xinhua) -- Shuttling between stations in an assembly hall of a manufacturing base located in the Sino-France Ecology Park in Chengdu, several automated electric trucks carry materials in an orderly and efficient manner, enabling a brand-new car to roll off the production line in less than 20 hours.

The ecology park, home to the manufacturing base of Dongfeng Peugeot Citroen Automobile Company Ltd. (DPCA), is a cooperative project between China and a number of European countries. Inaugurated in 2017, the project aims at excelling in smart transportation, smart energy, high-end equipment manufacturing, energy saving and environmental protection.

According to him, the entire process management at the DPCA Chengdu plant was designed to support a low-carbon economy and to foster environmental protection, and the plant's practical experiences have been highly praised and shared by its France-based parent firm Groupe PSA.

Having set ambitious climate targets and drawn up sweeping plans to limit greenhouse gas emissions, both China and the European Union (EU) are staying on track to pursue sustainable development and thereby to shape a green future, which opens up new vistas for bilateral cooperation.

As active players in the fight against climate change within the multinational framework, China and the EU share the firm determination to reduce greenhouse gas emissions.

China has announced that it will strive to peak carbon dioxide emissions before 2030 and achieve carbon neutrality before 2060, while the EU aims to become climate neutral by 2050 and reduce net emissions by at least 55 percent by 2030 compared to 1990 levels.

Furthermore, China has included carbon peaking and carbon neutrality in its overall plan for ecological conservation, and promoted the development of a green and low-carbon circular economy in an all-round way, which paves the way for the largest developing country to complete the world's most dramatic reduction in carbon emission intensity.

China is ready to work with Europe to ensure positive outcomes at the 15th meeting of the Conference of the Parties to the Convention on Biological Diversity, and the 26th session of the Conference of the Parties of the UN Framework Convention on Climate Change, Chinese President Xi Jinping said earlier this month during a virtual summit with French President Emmanuel Macron and German Chancellor Angela Merkel.

The EU has also unveiled ambitious climate policies, notably the European Green Deal -- a package of measures ranging from reducing greenhouse gas emissions and investing in cutting-edge research and innovation to preserving the natural environment.

"Climate change and the transition to greener and more sustainable growth are surely key areas in which Sino-European cooperation can change the future of the planet," Xu Haifeng, chairman of both the Bank of China (Luxembourg) S.A. and the China Chamber of Commerce to the EU, said at the virtual China-EU Green Economic Cooperation and Development Summit held early July.

As bilateral collaboration in e-mobility, new energy and green finance is gaining momentum, China and Europe have significant opportunities to strengthen their win-win relationship in a pragmatic manner.

In fact, the volume of cross-border investment between China and Europe in green tech projects has been on a steady increase.

According to Envision AESC, the factory, which is the first digitalized and low-carbon battery plant in France, will reach a capacity of 24 GWh by 2030.

Macron has welcomed the arrival of the Envision Group in France. "With an investment of two billion euros (about 2.37 billion U.S. dollars) on the part of the (Envision) group, the plant will become one of the largest battery producers in Europe," Macron's office has said, adding that it was good news for employment in the Hauts-de-France region as 1,000 jobs will have been created by 2024.

Similarly, with the goal of promoting green and low-carbon energy cooperation between China and the EU, the Shanghai Electric Power Company has focused on building green energy projects in Malta and Montenegro.

The company is in the process of transforming Gozo in Malta into a pilot "zero carbon island." This project will integrate wind energy, solar energy, energy storage, hydrogen and comprehensive smart energy.

Seres, the electric vehicle (EV) unit of China's Chongqing Sokon Industry Group (Sokon), is among those Chinese EV manufacturers that are exploring the European market as well as expanding cooperation with European partners.

Meanwhile, the exchanges of technical and regulatory experiences in green development between China and Europe are becoming increasingly intense.

For example, the UNEP DTU Partnership, a collaboration between the United Nations Environment Programme, the Technical University of Denmark and the Danish development agency Candia, has for several years worked directly with Chinese cities to develop and implement green solutions for district heating.

On July 1, the Danish Energy Agency and the UNEP DTU Partnership signed a strategic collaboration agreement to facilitate the exchange of technical and regulatory knowledge and experiences with selected countries, including China.

"With this new initiative, we will strengthen co-thinking and join forces," said Kristoffer Bottzauw, director general of the Danish Energy Agency.

"In this way, we can stimulate the strategic approach in our cooperation with China and support the transformation of the Chinese energy system for the benefit of us all," he said. 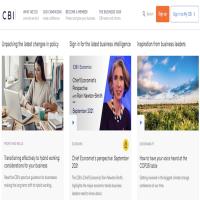