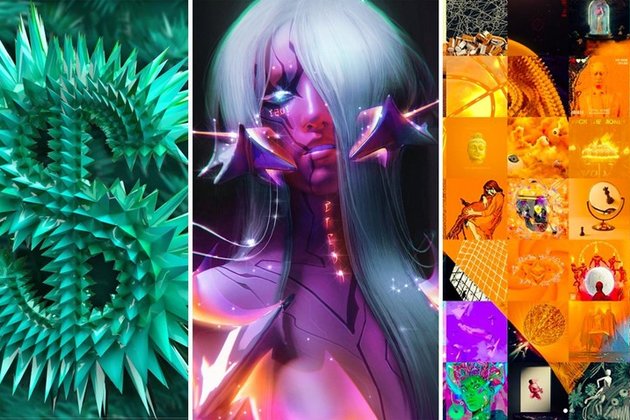 The switch to digital is a challenge not just for the economy but also for art.

On the wave of a boom on the NFT market, individual marketplaces are emerging that trade in artists' works. A virtual work of art is tied to a unique non-fungible token (NFT) whereby the work's owner receives confirmation of ownership and a guarantee of the authenticity of their purchase. We selected 10 famous Russian artists who have joined the new market. 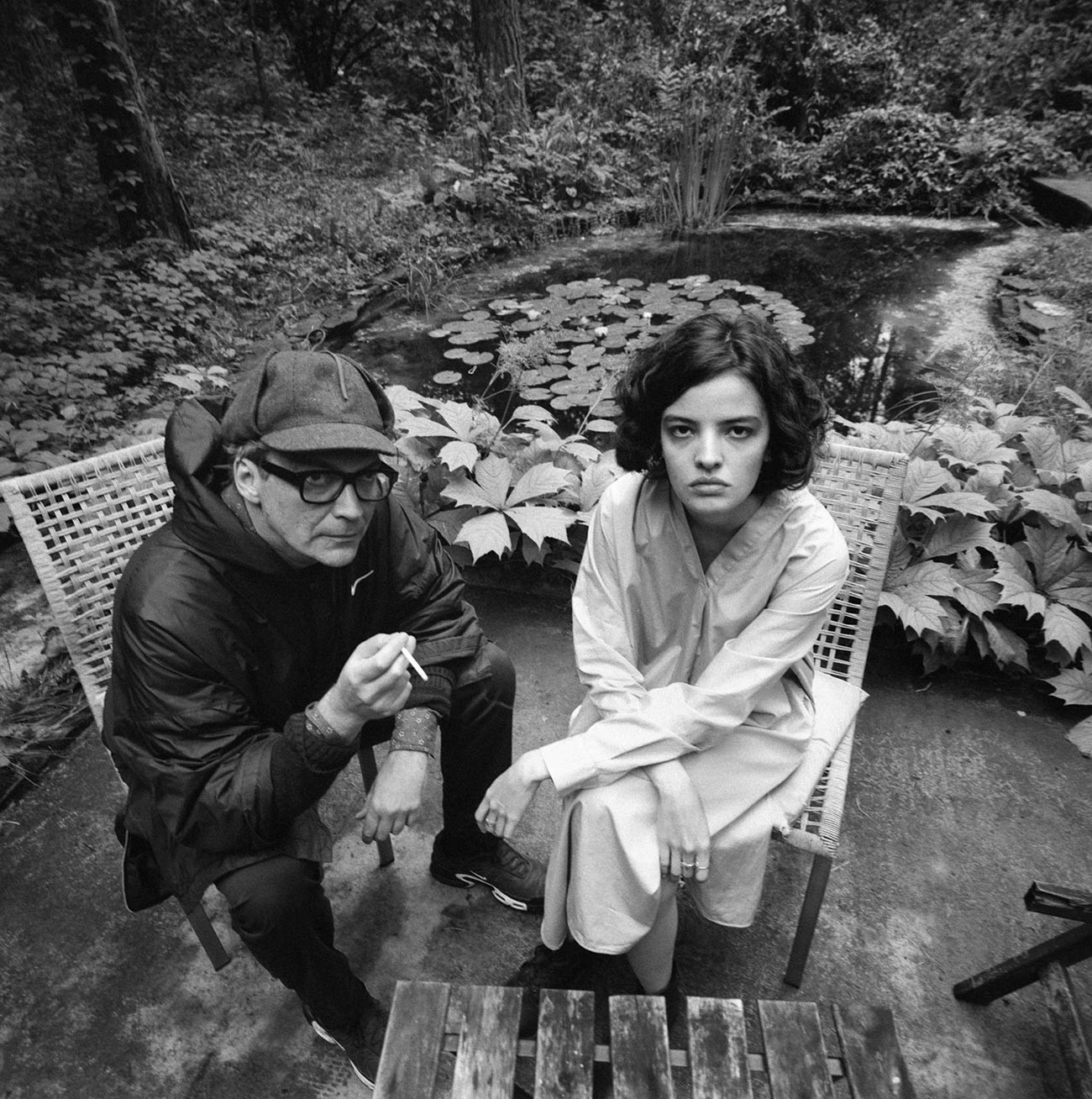 A follower of psychological realism, the postconceptualist Pepperstein is a participant of major art forums. He has taken part in the Venice Biennale and the Manifesta Biennial of Contemporary Art, and exhibited at the Louvre and Pompidou Center in Paris, the New Museum in New York and many other art institutions. His new joint project with multimedia designer Sonya Stereostyrski is called "PPSS'', and last winter the pair presented the "Visions of the Stars'' exhibition in which they explored the influence of musicians on our lives. In its wake, they released their latest work, "New World", on an NFT platform.

It represents a map of countries and continents around which kolobok-like figures chaotically move [a kolobok is a popular fairytale character shaped like a little round bun]. Undefined frontiers and brightly colored patterns cover the territories of different states - all this resembles some intricate board game, while at the same time offering a vision of a completely new world of the future.

Since the 1990s this artist has been a pioneer in video art, combining computer graphics with canonical art images. In 2019, Olga Tobreluts and Mice Jankulovski jointly presented the exhibition, "Transcoded Structures - Before and After the Media in Abstraction", at the pavilion of North Macedonia at the Venice Biennale. In April she released "DOLLAR" from her "New Mythology" series as an NFT. A 3D image of the currency undergoes transformations, turning into a balloon or a coronavirus molecule.

Aristarkh Chernyshev also sold his first NFT in April. His video, "Personal Informational Organism. PiO v1.1", represents a cross between a smartphone and a leech - a universal assistant that feeds on the blood of its owner.

A Berlin Academy of Arts scholarship winner, Chernyshev is passionate about the transformation of information streams, and rethinks new technologies associated with both social networks and genetic engineering, connecting them to art.

The following NFT drops were also related to technology: The still life "Last Update" represents a skull "stuck" in update mode, and an excerpt from the "Dystopia" project.

CA66. A portrait from an Ai-designed princess of the future who loves fairytales from the past.

Nikita Replyanski (the artist's real name) works with the manufacturers of games such as Borderlands, as well as the Bring Me the Horizon group and Adidas. According to his biography on the SuperRare platform, he connects technologies and humans in their two realities. He was one of the first to release his work on an NFT platform. He did so last year and it was a success: His first work sold for 3.5 ETH. 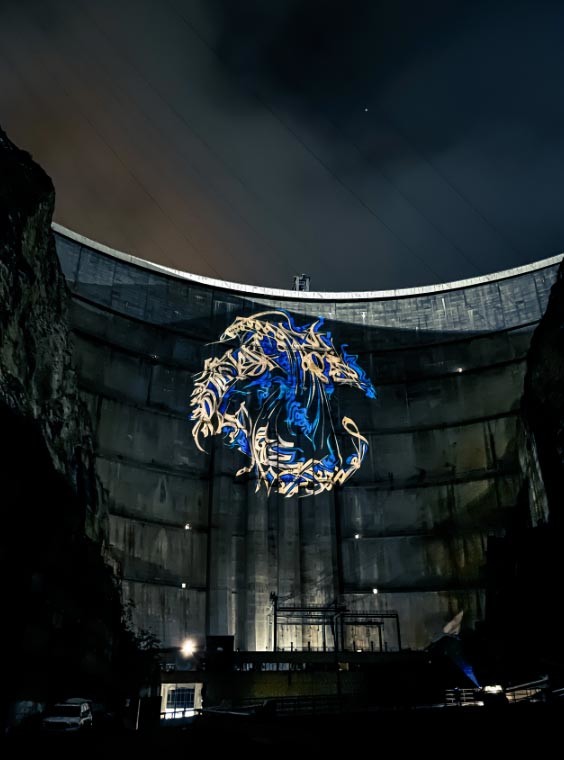 The portfolio of the street artist - or, as he describes himself, calligrafuturist - includes work for YSL, Adidas, Dries Van Noten and Panasonic. A few years ago Pokras Lampas painted the roof of the Palazzo della Civiltà Italiana in Rome to create the calligraffiti "F is for..." for the Fendi fashion house.

He sold his first drop (i.e. release of work on the NFT marketplace) for 16 ETH on the Foundation platform. Here, the calligraffiti was projected against the Chirkei hydroelectric power station on the River Sulak in Dagestan. In the project, Pokras Lampas explored the balance between nature and anthropogenic impact. 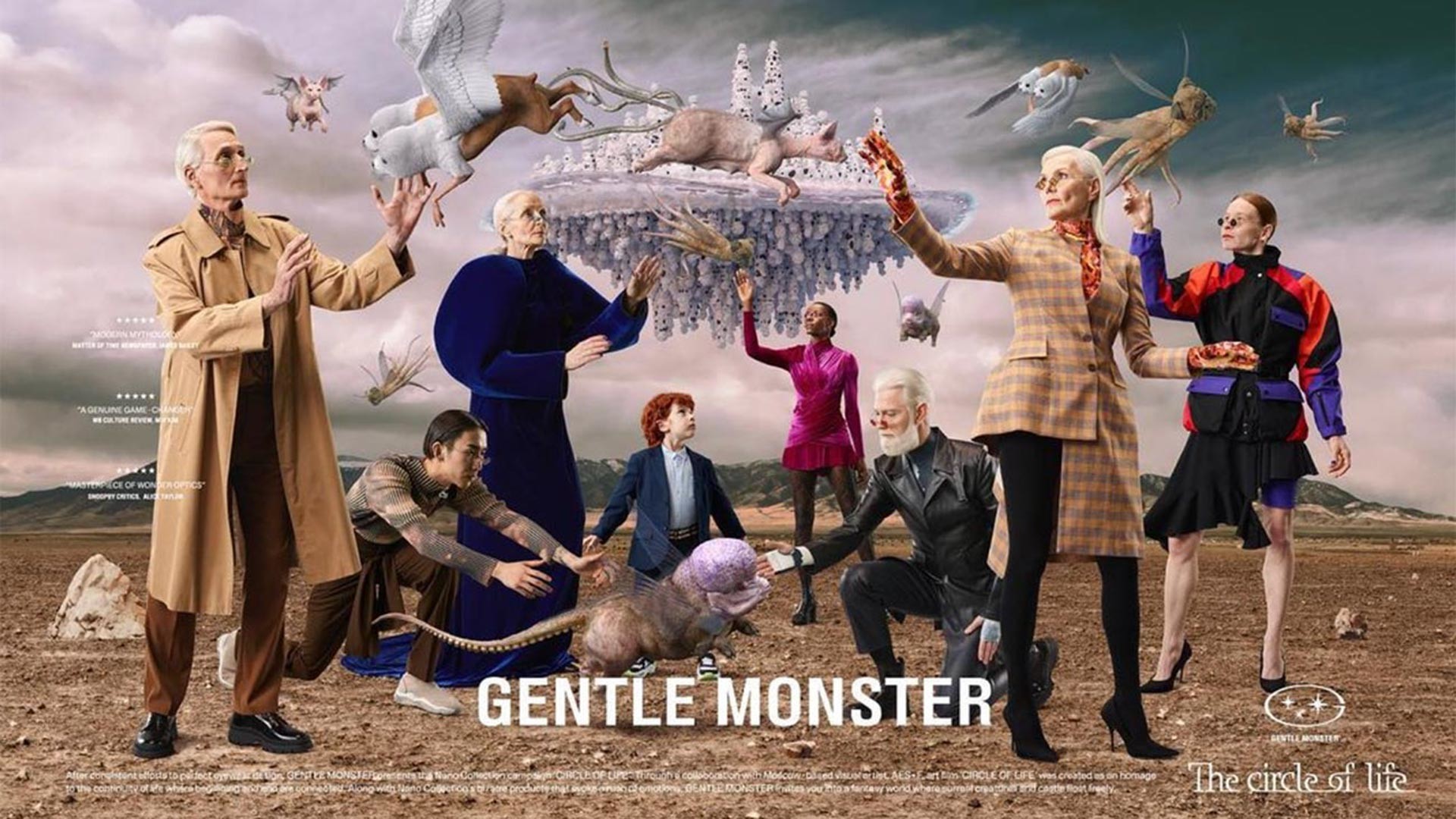 A still from "Circle of Life" video

The quartet describe their artistic method as "social psychoanalysis". Their multichannel video installations have been shown in the context of the largest museums and global projects. These include "The Feast of Trimalchio", inspired by a chapter of Petronius's Satyricon, at the Sydney Biennale, and "Last Riot" at the Biennale in Venice. One of Russia's most famous art collectives, the transition to an NFT platform has been a natural progression in their art. In the spring, AES+F put out three drops. They were: A video from the "Psychosis" series - a continuation of a theater project based on the eponymous play by Sarah Kane. The token included access to the full 18-minute version of "Psychosis", inaccessible to the general public. The video, "Mushrooms", went for 5.5 ETH, and "Nail Wave" for 2.43 ETH. On May 10, there was an auction in which the video, "Circle of Life", with music by composer Dmitri Kourliandski, was presented in the form of an NFT. It was a collaboration between AES+F and South Korean fashion brand Gentle Monster. 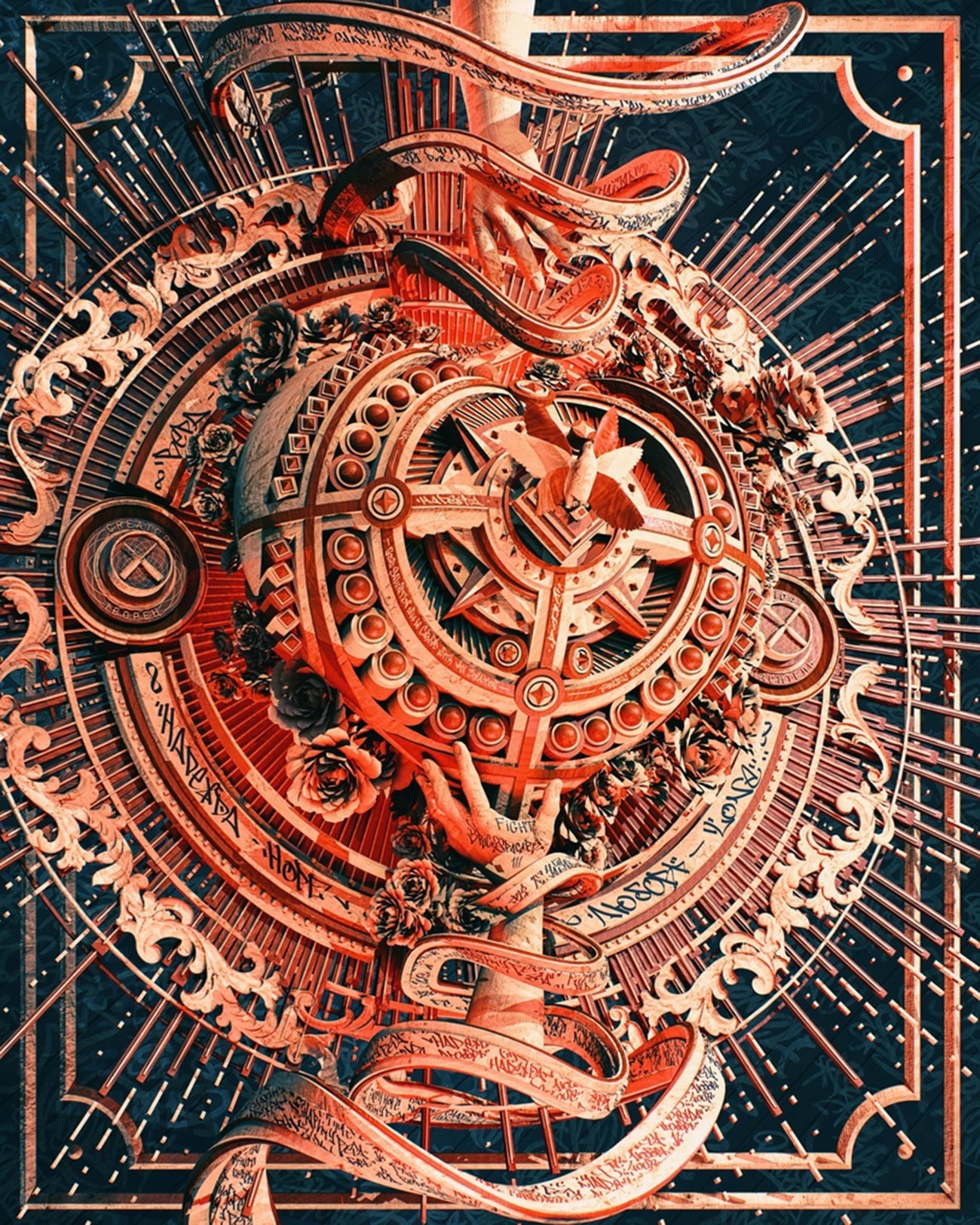 I Will Carve for You

The media artist has created graphics for Ariana Grande and Jeembo, and compiled videos for Puma and Pepsi, and his work has been exhibited at Tokyo's Neo Shibuya media gallery. Two years ago he became involved in performance art, through which he "wanted to represent the all-consuming power of music". The artist did not merely enter the domain of NFT, but he flew into it: Among his first digital works were videos of flying whales. The most moving composition was, "I Will Carve for You", which Brickspacer dedicated to woodcarver Igor Perevalov, whose wife has polyarthritis. The artist sent the proceeds from the sale - a total of 100,000 rubles - to the Perevalovs. 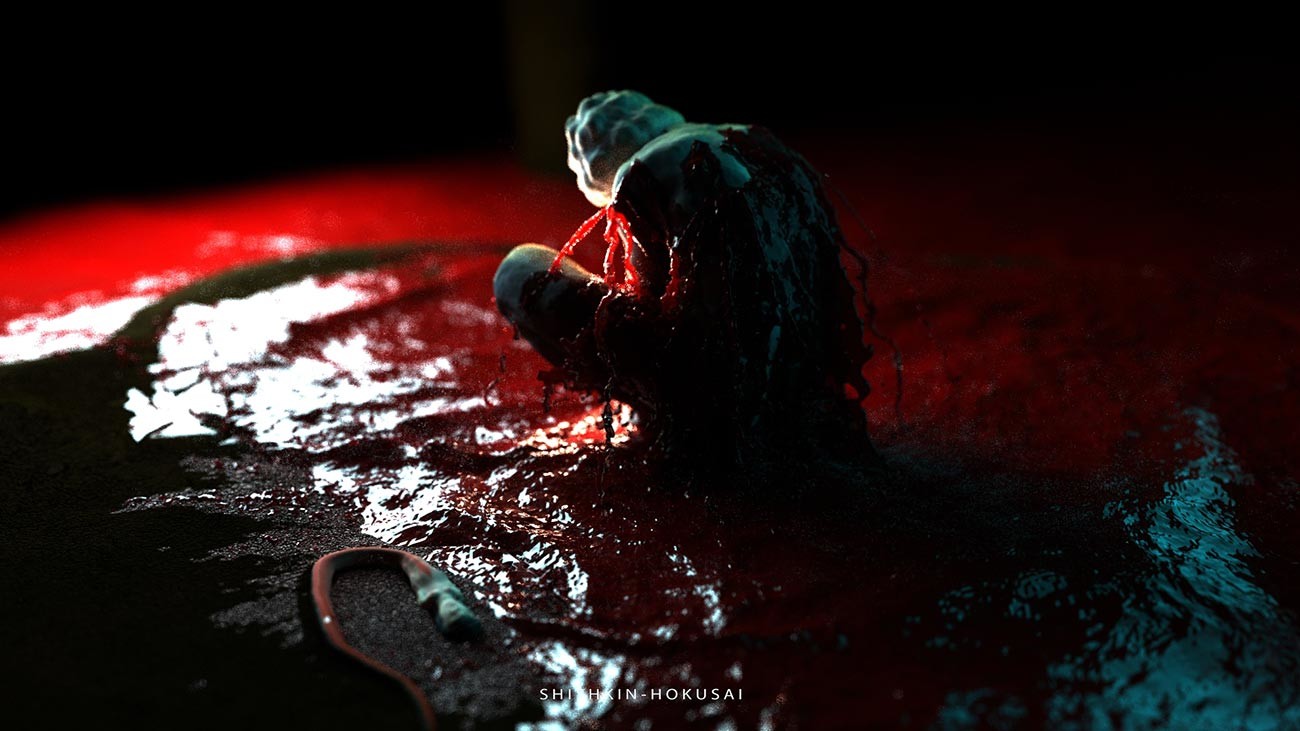 The St. Petersburg artist does a lot of work for the theater, and exhibits at the Museum of Street Art in St. Petersburg and the Garage Museum of Contemporary Art in Moscow. In 2019 he created the project, "The Flemish School", dedicated to the Hermitage Museum, for the Russian pavilion at the Venice Biennale. The artist entered the domain of digital art comparatively recently: Two works from the series, "Projects of Bloody Fountains for the Land of Vampires", inspired by Michaelangelo's sculpture, "Crouching Boy", found buyers for 0.5 ETH. 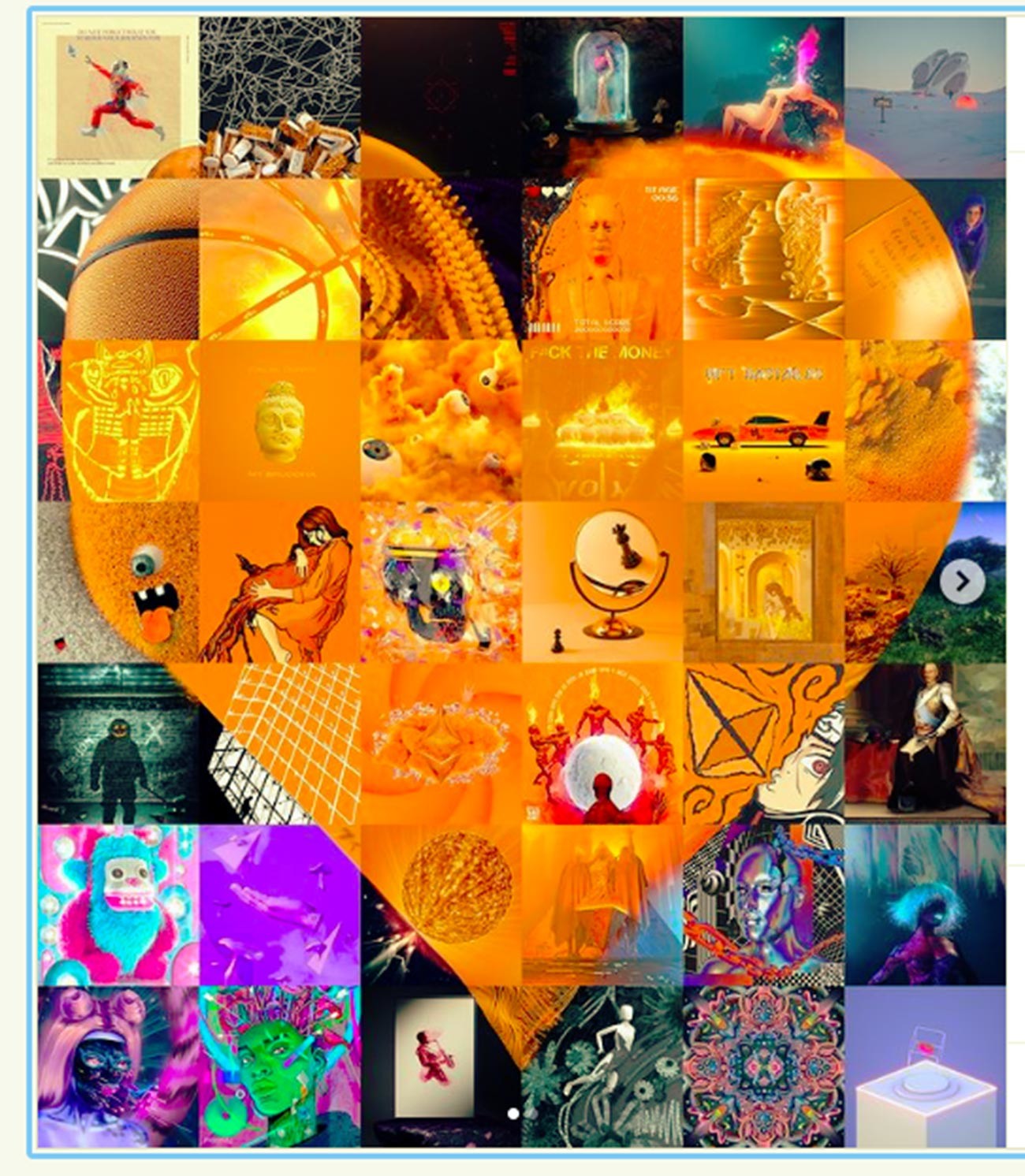 The digital artist has exhibited at the St. Petersburg Museum of Street Art, the Hermitage Museum and the British Museum. He became involved in tokens both as an artist in his own right and as a digital curator. Tkach combined the work of artists engaged in the creation of an AR filter for the Hermitage Museum and used it as the basis for a drop. In all, he sold 42 copies, and about a dozen were later resold. He remitted the proceeds of the sale ($16,000) to artists who have not yet managed to sell their NFT work. 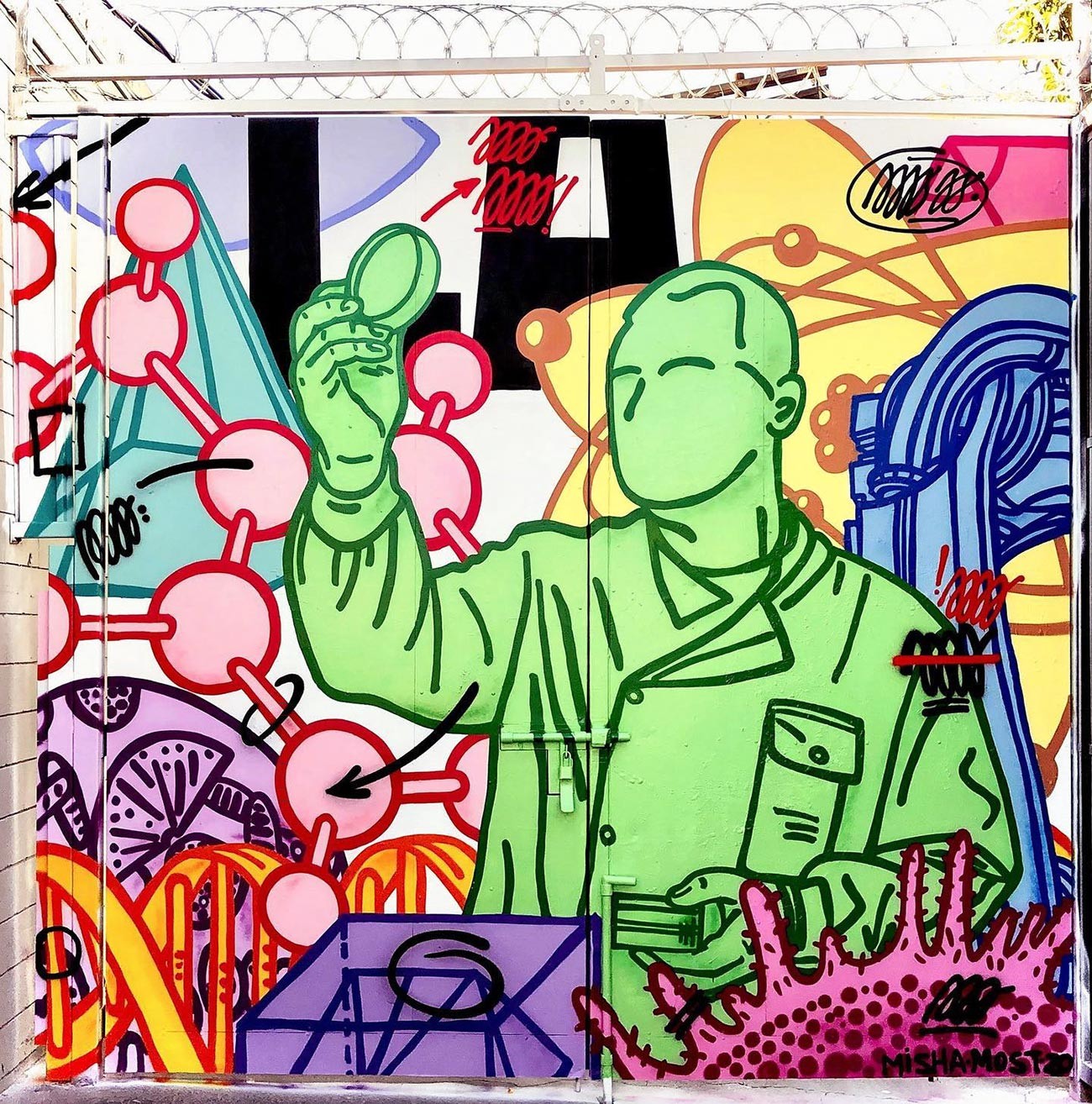 The artist started out as a street artist, switching to work with galleries in the 2000s, including London's famous Lazarides Gallery, which in the past revealed Banksy to the world. Most is also well known in America: Several years ago the artist created one of his largest works - from the "Future of the Past" series. Last year, having found himself in Los Angeles during the pandemic, Misha painted a mural called "In Search Of". The photographic documentation was tokenized and sold for 4.95 ETH (equivalent to $18,000 today) on the Foundation platform. In addition to the NFT, the owner also received a watercolor copy of the work. 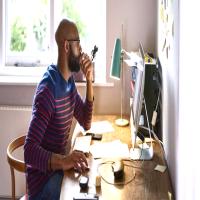 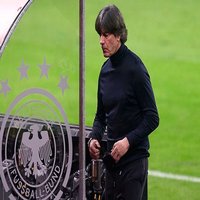 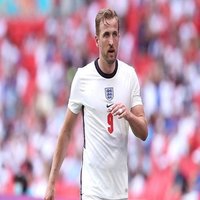